Matt Hires describes himself as an “introvert.” He was homeschooled, so it’s likely he didn’t have a guidance counselor advise him that earning a living playing music in front of live audiences might not be the best career choice.

Born in Orlando, raised in Tampa, Matt’s first introduction to playing music was when his parents first got him piano lessons, but he didn’t take well to the keys. He later picked up the guitar and starting playing for himself. Then his older brother encouraged him to play for others.

After finishing high school, in the years shortly after 9-11, Matt thought he wanted to join the military. He applied to West Point. Because of his homeschooling experience, they required him to go to a military preparatory academy and do some ROTC basic training, which he did. That’s when he realized the military probably wasn’t for him. He moved back to Tampa and enrolled in community college. From there, he formed a band name Brer and toured around Central Florida.

Something strange happened on the way to turning 22 years old. His MySpace page was discovered by Atlantic Records and they signed him. Shortly before, he had proposed to his then-girlfriend and they were married the same week he signed his record contract. He made two full-length albums and five EPs with Atlantic Records. They were catchy. He toured the country with bands like Matchbox20 and Needtobreathe. He played The Rock Boat. 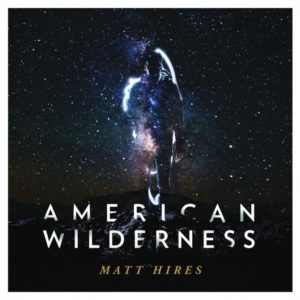 Two and half years ago, he and his wife moved to Nashville. He made the move at the urging of some Florida friends who had relocated there. So far, it has turned out to be a great change. While Florida is clearly on one corner of the country, Nashville is so much closer to so many more markets that he can play in. As a native-born Floridian, he is also now getting his first taste of the seasons (seasons other than summer apparently do exist!) and it may even be playing a role in the evolution of some of his thinking and writing.

In late 2016, he released his first independent album, American Wilderness with the first track titled, “Fighting a Ghost.” Both are aptly named.

“I feel like it was the first album I put out that I did what I was trying to do all along,” said Hires. “When you’re starting out… you don’t necessarily know what you want your sound to be like or how to communicate exactly what you’re trying to say.” He describes American Wilderness as a “concept album.” He says it is about “life, society, spirituality and different aspects of my American experience.”

His experience with Atlantic Records was great overall. However, as he says, “There were definitely some things that I look back on, if I was deciding all these things on my own, I would have made different choices.”

Today, he is now able to shape his own music and he’s doing it in a world where people consume music radically different than they did at the start of his career a decade ago. When he was first discovered and signed to Atlantic Records, it was “the last hanging on of CDs.” Most consumers now listen to music digitally, often without even purchasing it. 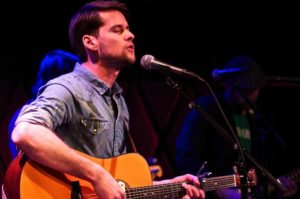 Like many people, Matt now first discovers music at live shows or through online platforms like Spotify. “Spotify is great for people discovering new music and getting on good playlists,” said Hires. “I usually use Spotify for music discovery and then if I find something I really like, I’ll try to buy it on vinyl.”

It has been nine years since he was first signed by a label, but this introvert says it is only now that “I feel like I’m finally starting to be comfortable in front of audiences.”

Taking the experience of his career to heart, Matt offered advice for younger musicians looking to make a career with their musical talents: “Always be practicing and growing,” he says. “Try to grow and push your boundaries musically and writing. Play shows and work on being as good as you can in front of people.” Matt has been working at that since high school. Now, at the age of 31, he is able to shape his own voice with a new sound and a new venture in the American Wilderness.