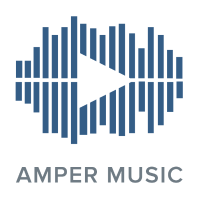 If you haven’t yet heard of Amper Music, then Episode 19 of the Agents of Innovation podcast will likely be your first introduction to a new world where human beings collaborate with artificial intelligence to compose original music. If you’re looking to create and add unique music to video content, you will soon be able to do so without being an expert. While Amper Music is still in a private beta phase, their team is continuously working to improve the technology they’ve created to bring you a tool to compose original music with your “perfect collaborator” – a machine that understands you and learns you the more you use it.

On Episode 19 of the Agents of Innovation podcast we were joined by Matt Kabus, the Vice President of Marketing and Business Development for Amper Music. Part of the journey of many of the interviews we conduct on this podcast help us understand various innovative ventures. But, perhaps more importantly, we also learn from the entrepreneurs at those companies and how they arrived at the place in their life and career they are now. For Matt Kabus, it was a circuitous route, but one that has continued to build on his life experiences.

Matt grew up in the Atlanta metro area and has always been an entrepreneur at heart – doing all sorts of odd jobs from the time he was a kid (including an auto detailing business to earn money towards his own music production). He has also been a professional musician and actor, has worked in advertising agencies, and just last year, found his home at Amper Music (which itself just started two years ago). Through that process Matt has discovered that “Music is my soul, strategy is my mind, and creativity is my spirit. I wanted to combine that into something in working in a music tech startup.” He said he literally said that before he even reconnected with Drew Silverstein, co-founder of Amper Music.

Matt wasn’t necessarily looking for Amper Music. In fact, he wasn’t even living in New York City, where Amper Music is based. He was following his dreams in California, from Los Angeles to San Francisco. While he’s a great musician, and even gave a try at acting, he wasn’t digging the lifestyle those careers require to stay sustainable in an incredible competitive marketplace.

“I wasn’t really liking the gig to gig to gig kind of thing and sort of relying on gigs to create some sort of consistent career – just the lack of stability kind of deal,” said Kabus. “And I know it’s funny to hear that from somebody who has taken the huge risk in a startup – but it’s a bit different kind of scenario.”

It’s also a scenario that arose out of a very challenging situation in his family. A few years ago, Matt’s mother Lisa developed ovarian cancer. Matt decided to take a leave of absence from the advertising agency he was working for in San Francisco to move back east and help his family take care of his mom. Then his mom’s treatment led her to New York to try to get some of the best care possible from some of the best hospitals in that region. Matt moved to New York, sharing a small apartment with his family as he and his sister joined with their dad to take turns by mom’s bedside.

Even though he had a life and career that could have gone in any number of directions — especially considering his creative talents — Matt said his mom was number one. “My main focus was my mom and that would kind of dictate what the next steps were.” The rest of this story demonstrates that when you have your priorities in life straight, things will be “Alright” (a title of Matt’s new song, that he shared with us at the end of Episode 19). It also demonstrates that no matter what happens in life, the sky is still the limit — something the New York City skyline could teach anyone.

While in New York, Matt met Drew Silverstein, the co-founder and CEO of Amper Music. Matt was so excited by the technology they were creating, he kept sharing ideas with them about how to help them market their product. Eventually, Amper Music formalized its relationship with Matt and brought him on. That was 10 months ago. During the beginning of his time there, he went to work on research and just became a “sponge,” brought on new talent, and started testing various hypotheses to see what works, what doesn’t work, and to pivot and try again.

“You should always be open to changing,” said Kabus. “Once you get locked down and continue that — you can really sink a ship doing that. You always got to be open to new strategies and constantly looking up what other people are doing and connecting the dots and seeing what’s best for your company.”

Matt says that the common threads that bring the people at Amper Music together are a belief in collaboration between humans and artificial intelligence, selfless impact on others, and to be courageously innovative. Curiously enough, they all also stepped out of other interesting career paths to do something different and were led to Amper Music, which now boasts a staff of 10 as well as a number of very creative interns. They share a passion to focus on the small things — such as improving every line of coding — to help build a better product for the people using Amper Music.

“Our goal is to continuously improve the quality, give [users] more control, and make it as fast as possible so people can get to their vision and create that vision as soon as possible.” As Matt states about Amper Music: “We allow people to hold onto that creative control in every piece of content they create, while always sounding unique.”

A common thread we hear from entrepreneurs is the risks they take and the faith they have that the innovations they are creating are going to succeed – and they seem willing to devote everything toward that goal. However, that leap of faith attitude might also be seen in other parts of their lives. Doing what’s right and what is selfless – such as putting your career on hold to take care of an ailing loved one – can sometimes produce an unforeseen turn of events that lead you through a period of self-discovery and the opportunity to discover something new. Matt’s mom is still battling cancer. Matt is still young and in the early parts of his career. But his faith in his product and his unwavering love for his mother, is already proving that no matter the next challenge in life, it’s all going to be just fine.