“You have a choice in life: to be or to do,” says Benjamin Kohlman, repeating a line from one of his favorite authors, John Boyd. “Many people chose to be and pursue accolades and honors and the right degrees and the right checks in the block. But to do is something far more useful.”

Several years ago Kohlman founded the Defense Entrepreneurs Forum to bring a culture of innovation to U.S. National Security. He is a naval officer on his way to an MBA program at Stanford this fall. He has a passion for new ideas, old ideas, weak-tied networks, and building organizations. 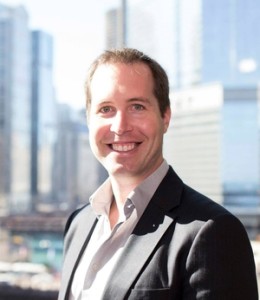 He was also the guest on Episode 5 of the Agents of Innovation podcast. As he told us on this episode, “You may have to sacrifice your career to do the right thing but at the end of the day those who do and take a stand for what they believe is right often make a bigger difference. And so that really inspired me to look to challenge of what was then the shibboleth of national security, specifically in the Navy and to try to push us to a more agile Silicon Valley approach …  getting us thinking in a mindset that would allow us to rapidly adapt to the foes that we would invariably face in the 21st century.”

He isn’t alone. The Defense Entrepreneurs Forum is led by a cadre of about fifteen individuals in various ranks throughout the military. They have also developed a network of several hundred military officers and enlisted to come together as a “band of innovators” to help provide unique ideas in the large bureaucracy that is the United States military.

They share ideas through listservs and come together at various events around the country, including Tedx style talks on subjects involving defense innovation. And they have already gotten the attention of those leading our nation’s armed forces. On the podcast, Ben gives several examples of innovative ideas that started with the Defense Entrepreneurs Forum that have been adapted by the military – including installing 3-D printers on the USS Essex and other naval ships around the world – putting technology in the hands of sailors.

As we approach the Independence Day holidays here in the United States, I hope this podcast episode is a good reminder to thank our servicemen and women for the sacrifices they endure to pay the cost of keeping us free. Ben is certainly one of them and he is going above and beyond his call of duty to provide a serious platform of innovation for the defense of our nation.

We close episode 5 of the podcast with a song by musician Amy Gehartz, who was one of our guests on episode 2. She herself was a military brat growing up. Her song, “I Miss You” is also a good reminder of how those with family and friends in the military endure the other sacrifice of missing loved one serving far from home. Steinhauser Strategies is a full service public relations company based in Austin, Texas. We were privileged to have co-founders Brendan and Randan […]