Jordy Searcy came to the American public’s attention in 2014 – at the age of 21 – when he appeared on NBC’s The Voice. But getting there didn’t happen overnight. While growing up in Fairhope, Alabama, he began writing his own music when he was 12 years old and started performing as an artist at the age of 17. He learned most of his vocals from his mother, a voice instructor, who he calls “one of the best vocalists he’s ever heard.”

In late 2013, while a college student at the University of North Alabama, he sent in his audition tape to NBC’s The Voice. After nine rounds and an audition in Nashville, he was one of two hundred people (of 80,000 entries) to be flown to Los Angeles to take part as a contestant. The entire process took nearly a year. He sent in his first audition tape in December 2013 and appeared on two episodes in September and October 2014. While he was ultimately defeated in the battle round, he won over the judges’ hearts. And through the experience, he met many other artists and was mentored by Pharrell Williams and Alicia Keys. 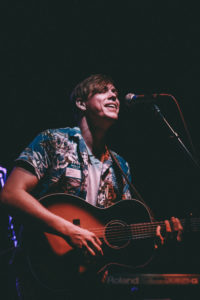 In that battle round, he said he felt he and Taylor Phelan were able to blow the judges away because of all the time they had to practice. “If you give two artists that are really committed to their craft a month and a half to work on a minute and a half song, every part of it is going to be absolutely dialed in.”

That observation led us to an excellent interview with Jordy Searcy on Episode 30 of the Agents of Innovation podcast.

Now, at the age of 23, Jordy has already produced five albums, but he considers his forthcoming EP this fall to be his first creation of music on a major scale. “Everything else has been practice up to this point,” said Searcy. “Music is a process. You learn how to do things better and better the more you do it.”

“It’s amazing the amount of artists that people are just now starting to hear about and then you go back and resurface their stories, and they’ve really been at it for 10 years or so,” said Searcy. “Sometimes it just takes a lot of time to get the formula right.”

Following his appearance on The Voice in late 2014, Jordy took a hiatus from college and moved to Nashville in 2015. “I tried to go back to school, but I didn’t really have time,” he said. “My [original] goal for going to school was to be working too much to finish school.” 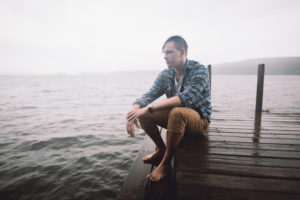 Before going on The Voice, he considered himself simply a writer and guitar player, but that experience really developed him into more of a singer in the singer/songwriter mold. And fans are now privileged to be able to enjoy some of those great vocals that were first taught to him by his mother.

The Nashville scene has been kind to him and many other artists. While there isn’t the same amount of time to practice and the pressure to churn out a 90-second performance in front of millions of television viewers on The Voice, he says that the Nashville scene provides artists with lots of people to work with. But, he says, you have to put in the time and the hard work.

“The success that you see in Nashville is the people that have been working hard for a long, long time.”

Being in Nashville also allows access to so many other nearby markets. Jordy played 200 shows in 2016 and plans to play 150 shows this year. Almost all of those shows, with the exception of about 10 per year, are outside of Nashville. He is now able to be a full-time artist, making most of his money on the road, while also being sponsored by PreSonus audio electronics and being a part of the Brave Enough Artist Agency where he has a booking agent that helps him get gigs, mostly in college towns. 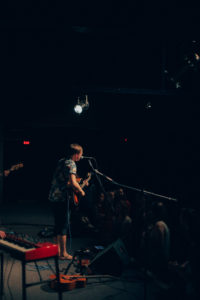 Jordy Searcy has been honing his skills as a songwriter for more than a decade. He’s been taught vocals by his mother, and has had experiences of working with major artists while getting exposure to millions of Americans through NBC’s The Voice. He’s at what some might call the intersection of luck and talent.

To hear our full conversation with Jordy Searcy, listen in to Episode 30 of the Agents of the Innovation podcast on iTunes, Stitcher, or Soundcloud. Then, be sure to leave comments below or on the Agents of Innovation Facebook or Twitter pages. And follow the posts on Instagram!

In the early part of his career as a musician, Jon Wiley was a gun for hire, he says. Growing up in […]